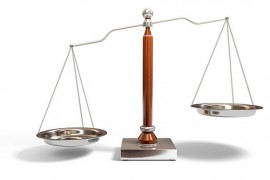 Is the BBC properly balanced and impartial in its reporting of complex issues such as the EU, immigration and climate change?

BBC Bias, News-watch | 15th November 2013 | by Andrew
For more than 15 years, Newswatch has been investigating BBC output using a systematic process of transcription logging and detailed analysis. The answer, in certain key respects – especially with regard to the EU – is a resounding and disturbing ‘no’.
Especially prominent in the data is a consistent and systematic failure to investigate or allow or even facilitate the articulation of the arguments in favour of withdrawal from the EU.
Yet the corporation refuses to engage with the research, or to conduct truly independent assessments of its own. Its tactics are rather to attempt to shout down or ridicule those who disagree with it.
The purpose of this site is to provide an internet platform through which issues of BBC bias can be properly aired and understood.
Emphatically, it is not a ‘bash the BBC’ platform, and it has no political axe to grind.
But the corporation must also recognise that in this area, it is often its own worst enemy.
This is because there is a collective refusal, from the Trustees downwards, and across the entire complaints process, to allow genuinely independent investigation of bias claims.
The only exception to this came in 2004/5, when in the interregnum between Labour-appointed chairmen of the then Governors, Lord Ryder, the Conservative peer, as acting chairman, commissioned a report from Lord Wilson of Dinton, the former cabinet secretary. Lord Wilson’s Commission was made up of leading figures with a cross-section of views about the EU. It found extensive evidence of bias and warned the Corporation that it must radically improve carry more, and more varied news about the EU.

BBC Bias, News-watch | 15th November 2013 | by Andrew
Newswatch’s latest survey shows that the BBC continues to ignore the case for withdrawal.
Only 513 words in 13 weeks of the Today programme were ‘come-outers’ talking about their views about withdrawal. That was only 0.7% of the EU output.
There were only six such contributions, despite this being a period when the topic of withdrawal was central to the political agenda as David Cameron began negotiations for treaty change and UKIP secured 25% of the poll in local elections.
Today also failed to ask Conservative contributors about their attitude towards EU withdrawal. It was estimated during the period that one third of Conservative MPs had come to support withdrawal, but those who appeared were asked only about renegotiation. The report shows how the main thrust of Today’s coverage was to show that there was a return – possibly to a worse level than at any point in Party history – to Conservative infighting over the EU. Today continued to present Euroscepticism in all its forms through the prism of ‘Conservative splits’ – as it has done for the last 14 years of Newswatch reports.
The full report can be read here. 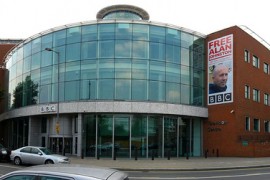