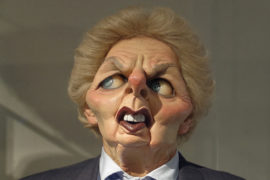 BBC bias seems to be sinking to new depths each week.  It has become an advanced case of infestation by deathwatch beetle. The question is not any more, ‘is it biased?’ but rather, ‘what is not?’

Take Doctor Who on BBC1. Once it was an original, entertaining, and exciting sci-fi show brimful of intriguing ideas. Not now. Led by a female Doctor, it has fully transformed into an exercise in the Corporation’s box-ticking multiculturalism and the rewriting of history according to the creed of political correctness.

This week’s episode saw Gallifrey’s Time Lord and her motley multicultural crew witnessing Indian partition in 1947. The villains? Not, of course, the Muslim League. In the BBC’s alternative universe, it could never be that.  No, it was us empire-obsessed Brits, aided and abetted by a rampant, murderous Hindu who demanded separation.

It was claimed that the programme, which was broadcast fortnightly as a segment in Radio 4’s World at One between March and September, and was thus projected as ‘news’ with all that this entails in terms of adherence to standards, was a journalistic examination of the ebb and flow of the UK’s membership.

Not so. According to Mardell and the editorial team, there were villains and heroes in the tale.  And just as in the now pantomimic Doctor Who, there was no doubt who the baddies were.

Step forward as the ringleaders – boo! hiss! – Margaret Thatcher,  whose alleged love of conflict and dislike of Germans alienated Brits against the nice, well-meaning EU folk;  the British press, which, dominated by barons such as Conrad Black and Rupert Murdoch,  and dolts such as Kelvin Mackenzie and Boris Johnson, lied continuously about benevolent EU rules; the ‘odious’ arch-capitalist Jimmy Goldsmith, who used his ill-gained cash to panic or blackmail the hapless John Major into accepting the Pandora’s Box idea of an in-out referendum; Nigel Farage, who opportunistically used events outside the EU’s control to force David Cameron to actually hold that referendum; and of course those in the Conservative party who dared over the years to challenge the EU’s goal of ever-closer union.

In Mardell’s estimation, it was the factors above plus Tory ‘civil war’ – not dislike and distrust by the British public of the EU itself and a desire to re-assert national sovereignty – which was a primary propellant of the exit vote.

The deluge of pro-EU opinion in the series was overwhelming. Almost two thirds (64 per cent) of the 38,000 words spoken by contributors were from figures who supported the EU and only 28 per cent who could be described as Eurosceptic or in favour of leave. Farage and supporters of leave such as the late Peter Shore were reduced to bit parts in the saga; most time was devoted to Brussels-loving senior civil servants, diplomats and politicians. Of course bias, cannot be measured by such numbers alone, but in the context of the overall editorial framework in the series, are an important indicator.

Another measure is that only six speakers of the 121 contributors who appeared in the series as a whole made what could be called substantive points against the EU.

Perhaps the most serious skew in terms of the rewriting of history was found in the episode which examined the handling of the BSE crisis during the 1990s. In Mardell’s hands, this was projected simplistically as a battle between a stupid and reckless Conservative government – putting lives at risk in their headlong defence of British beef –  – against those nice EU bureaucrats who were doing nothing but taking reasonable steps to protect the hapless British public.

According to Mardell, was immigration at all a contributory factor towards the Brexit vote?  Even he could not ignore the opening of the EU free movement gates from 2004, and one of the episodes dealt with this. But his primary contributor on this theme was Tony Blair, buttressed by then home secretary David Blunkett and an ‘expert’ from the London School of Economics, who argued one-dimensionally between them that the EU influx was an economic benefit and not at all a mistake. Opposition to that view? Only in the form of very brief vox pops which were clearly edited to convey the BBC’s wearyingly predictable version of anti-immigration bigotry.

The report as a whole shows a level of bias which is of the deepest concern. The series – as the endgame of the Brexit negotiations approached in the autumn – was cast as an overview appraisal of the the UK-EU relationship and scheduled accordingly in one of the BBC’s flagship news programmes. It was nothing of the sort. Rather, Mardell and his team were bent on showing that leaving the EU was an act of national mutilation triggered by the prejudice cultivated by the carefully-assembled cast of pantomime villains. 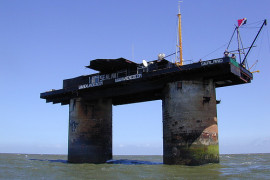 News-watch’s monitoring of the BBC’s EU referendum coverage has now been underway for three months and this is a progress report.

In one sense, tectonic plates have moved.  Speakers who support British exit have invited on BBC news programmes to discuss the topic. For years anyone who was an ‘outer’ was completely ignored, or – in their rare appearances, as Ukip spokesmen regularly were – treated as xenophobic, or crassly inept, or worse.

But, as always with the BBC, the devil is in the detail.  The reality is that the Corporation has no choice; it has had to change. Research so far indicates there is a very long way to go before anything approaching genuine impartiality is achieved, and the exit case treated with respect.

Exhibit A is from Radio 4’s World at One starting on Monday.  Presenter Martha Kearney introduced a new series which she said would explain how the EU ‘actually works’. The first two were presented by Professor Anand Menon, who, Ms Kearney said, is Professor of European Politics at King’s College, London.

What she did not say is that her guest is not neutral about the EU. Far from it. He is also director of a think-tank called  The UK in a Changing Europe which contains a raft of papers that, to put it mildly, are hugely critical of the Brexit case. The one about the Norway option, for example, is headed: ‘Norwegian model for the UK; oh really.’

Further digging yields that back in 1999 – when the entire European Commission of Jacques Santer was forced to resign because of a financial scandal – Menon wrote a long article for the London Review of Books defending the importance of the Commission and claiming that, in effect, the impropriety involved was inconsequential.

Menon’s first talk was about the Commission set in the wider context of the governance of the EU.. Basically, he argued that the EU – despite claims to the contrary – is no more complex than any other system of governance; that the Commission is not made up of ‘unelected bureaucrats’; that the Parliament and the Council of Ministers acting in concert are a model of democracy in action; and that – although the Commission is the sole originator of EU legislation – this is a perfectly legitimate form of operations because it has the interests of Europe as its main objective. Europe.

In other words, he completely rubbished the ‘exit’ case and presented the Peter Mandelson view of how the EU works.

Exhibit B is a Newsnight special – one of six focused on the EU referendum – on Monday night which examined the issue of sovereignty. A full analysis of this programme will follow in due course,  but one factor immediately stood out.   Someone in the production team decided that the best illustration of what Brexit might look like was Sealand.

Where? Well it’s a very ugly pair defence towers built illegally by the British government during the Second World War in North Sea international waters near to the Thames Estuary. Back in the 1960s the huge ‘fortress’ was stormed and occupied by an ex-army major called Roy Bates and he and his family have since turned it into what they claim  is an ‘independent country’.

Presenter Evan Davis was duly winched down to Sealand, and used this as a subtle-as-a-brick metaphor for how the UK would  look if it was outside the EU: battered, totally isolated, totally eccentric, if not downright batty, completely on its own, a decaying hulk battered by the North Sea and outside the law.

That editor Ian Katz could not see that this was totally negative and totally inappropriate illustrates how far away from understanding the Brexit argument he and his senior BBC colleagues are. Light years.

Exhibit C was Sunday’s The World This Weekend. The presenter was former BBC ‘Europe’ editor Mark Mardell, and he chose to mount the programme from a rather select conference  in Lake Como organised by a strongly pro-EU think thank called The European House – Ambrosetti.

They had  gathered there, it was said, to discuss global economic problems including the possible impact of Brexit. Mardell produced an Obama adviser, a Chinese economist, a German government minister and the president of huge global investment fund (Allianz), all of who, with differing degrees of stridency, attacked the effrontery of such a ‘stupid’ (as one contributor said) prospect. In their collective eyes, membership of the EU was unquestionably absolutely vital to the UK’s future.

This carefully-edited sequence of pro-EU frenzy was followed by a live interview with Labour donor John Mills, who Mardell introduced as ‘the founder of a mail order company’.  Mardell’s tone and approach changed immediately. With his Ambrosetti guests, he had politely elicited their views. With Mills, he became sharply interrogative and sceptical.

To be fair, Mills was given a far crack of the whip in answering the points raised – and gave credible answers – but it was in a much narrower channel, and under far deeper scrutiny. And Mardell’s careful editing meant that every element of the pro- EU side appeared more authoritative and more polished.

Overall, the BBC may have upped its game in terms of the breadth of coverage in in some respects. News-watch analysis has revealed big problems not only in the examples above, but also serially and cumulatively in programmes such as Newsnight and World Tonight. The referendum campaign enters its final stage this week. The BBC is not yet mounting properly balanced coverage, and seems blind to its shortcomings.