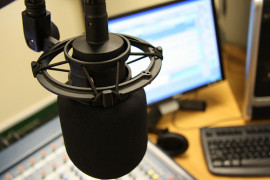 A News-watch investigation into one of the BBC’s flagship news programmes has found it to be heavily biased in favour of Britain remaining in the EU.

Twenty  consecutive editions of the programme – one of the main ‘hard news’ formats on the BBC – between February 22 and March 19 were surveyed. The main finding was that staunchly pro-EU figures had the lion’s share of comment.

Senior figures such as former French Prime Minister Edith Cresson and Alan Johnson, the head of Labour’s Keep the UK in the EU campaign, were given a platform to advance detailed arguments on why the UK should remain in the EU.

But only one supporter of the ‘leave’ camp – Wolfgang Ott, a member the German AFD party – was given the time to explain why he thought the British vote was essential in the interests of democracy. Ritulah Shah, the presenter of the programme, introduced him by saying he was from an “anti-immigrant party” that was “criticised for its links with the far right”.

World Tonight carried a dozen features focusing on the upcoming EU referendum, including an entire programme based on a range of contrasting views in the twinned cities of Freiburg and Guildford, as well as special features in other editions that included surveys of attitudes towards the referendum among ex-pats in Berlin and on the Costa del Sol.

Of the named guests (some were in vox pop items and therefore not named) who offered views about the EU, nineteen expressed pro-EU or pro-remain ideas, seven wanted exit or were clearly anti-EU, and eleven were neutral. This imbalance was made worse as seven of the pro-EU figures were given the opportunity to outline detailed arguments, whereas only three of the leave figures were allowed more than one or two sentences.

There were three editions in which the programme went out of its way to elicit comment from strongly pro-EU figures without balancing on the leave side in any of the 20 editions.

The three editions were:

None of these exchanges were adversarial to the extent that the presenters’ approach was sufficient to cancel out the heavily pro-EU points put across by the respective guests. Neither did material in other features balance these elements. In all other features, the presence of remain views was countered or balanced by further remain figures.

“This analysis shows that yet another BBC flagship programme is not being impartial in its referendum coverage. Far too much prominence on World Tonight has been given to ’remain’ figures. Their guests, such as Alan Johnson,  have taken the opportunity to expound their case with both hands. By contrast, ‘leave’ supporters have been far less prominent and the details of the arguments for ‘out’ have not been explored to anywhere near the same depth.”

“This is yet another example of BBC bias in the EU referendum. The broadcaster has been warned time and again but they continue to fly the flag for the EU. I urge them, to refrain from bias on this issue of vital importance. This is a once in a generation opportunity for the British people to have their say on whether we remain or leave the EU and the BBC has an important duty to the public to provide balanced, impartial coverage and it is fundamentally failing to do this. It appears to many people that the BBC is institutionally bias towards the EU. I will be writing to the Secretary of State urging an investigation into the BBC’s coverage of the EU referendum.”

Other News-watch observations about EU referendum coverage on World Tonight:

There was thus a very significant imbalance in this very lengthy (40 minute) item. The pro-EU, anti-UK- exit said was given greater prominence. In basic terms, there were only four significant clearly ‘exit’ contributors against eight who were strongly pro-EU and wanted to remain. The ‘remain side’, as exemplified by the triple-hander at the end, had significantly more space to put their case.  The choice of such strikingly affluent towns could have had a role in that.

It can easily be seen that the ‘remain’ side supporters heavily outnumbered Brexit supporters in many features, the only exceptions being those from Peterhead and Spain

A handful of very short vox pops from Freiburg and Germany (17/3) on both sides of the debate were not included in the analysis because they were too short to include reasons.

Andrew Gimson and Isabel Oakeshott (26/2) have also been classed neutral commentators. Both, however, were strongly critical of the tactics of the ‘leave’ side.  They agreed that the ‘leave’ side was also all over the place and Isabel Oakshott suggested that Number 10 believed the economic arguments were on its side. Andrew Gimson noted that eurosceptics could not agree where the last ditch was over sovereignty so had disagreements among themselves.