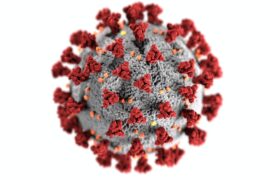 This post by James Townsend originally appeared on The Conservative Woman

YOU may have seen some of my recent threads which have slowly been gaining traction in the Twittersphere. They have covered a range of topics, including defending TV presenter Beverley Turner from unwarranted attacks on Good Morning Britain and the Jeremy Vine Show, to questioning Sage scientist Susan Michie and exposing the government’s approach around mandatory vaccinations.

Nothing prepared me, however, for the reaction I would get following a Twitter thread published on Thursday afternoon questioning a BBC headline report into an apparent ‘third covid wave’ in the North East, specifically within the North Tees and Hartlepool NHS Foundation Trust (NTHNFT). In the days that followed it had tripled my Twitter following, attracted 1.5million views (impressions), and was amplified to audiences in Dutch, Spanish and Arabic, among others.

I’ve been followed by scientists, blue tick celebrities, political commentators, teachers, business owners, concerned parents, and everyone in between. It was also the lead item on Friday’s UK Column news where they discussed it at length. And now I find myself writing in a publication which I’ve long been an admirer of. The reaction has been overwhelming.

Why did it resonate with so many people, I wondered? Before I answer that question, here’s a recap. It’s a long read but please do follow it to the end.

Now a predictable few have tried rubbishing the thread by claiming either ‘there’s a lag on deaths, so it’s too soon to see an uptick in fatalities’ or ‘a lack of deaths doesn’t mean a hospital is not overwhelmed’. The former point neglects to mention that cases have been rising for weeks and the latter fails to consider the context of the supposedly deadly pandemic we’re living through. Both of these arguments have, of course, an element of truth in them but they deliberately sidestep the central point of the thread.

The reason it resonated with so many people is because British citizens have become totally fed up with the relentless fear-based propaganda espoused by the UK government, the NHS, and the mainstream media. It’s a narrative so strong and underpinned by a poisonous culture of cancelling those we disagree with, that professionals like myself feel that writing under a pseudonym is the only viable option. It’s a conundrum I eventually hope to overcome. As we get to winter, when deaths from respiratory viruses naturally rise, we will no doubt have ‘deaths with/of covid’ plastered all across our television screens once again. Until that time, whilst deaths are negligible over the summer months, cases are used to sustain the fear despite it not necessarily translating to sick or infectious people. No context is ever given to the viewer that, yes, from an extremely low base cases and hospitalisations may be rising, but that still isn’t translating into many (or, any, in the case of NTHNFT) deaths.

There has been a long and palpable silence from Hugh Pym since my thread challenged his impartiality although if I had been the press officer advising him, I may well have come to the same conclusion. Why? Well, there is simply no justification for a supposedly balanced health editor not to give the context of mortality figures, whilst running a segment which would terrify many of your average viewers through its hyperbole and emotional, fear-based rhetoric.

As I said in conclusion to a previous thread, if the mainstream media won’t do their jobs by offering context and balance then I will have to keep shining a light on these shoddy examples of journalism.

Photo by CDC from Pexels 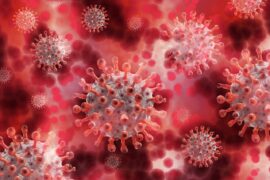 BBC reporting of pandemic ‘is alarmist and biased’

This item, by Andrew Isherwood, a structural engineer living and working in the north of England, brings into sharp focus one man’s impressions of the BBC’s mis-reporting of the facts about Covid-19. He wrote in submitting the article: ‘I am not a scientist but the direction and decisions being made within government seem at odds to the information that seems to be in the public domain and then not having the information factually represented in the media seems wrong.’

At the present time the BBC News seems to be reinforcing the government’s message, reporting death statistics and infection rates that misrepresent the data, together with the trends of the diseases. As an example, the death rates being quoted are the reported daily deaths, which are not when an individual died. This paints a skewed picture of the actual daily death rate, with the apparent death rate significantly exceeding the actual trend – the date of reported death suggests a pattern of rapidly increasing deaths when the data includes deaths that occurred, in some cases, months in the past. Using the date of recorded death shows a trend that is level and not increasing at the rates experienced in March. – ref NHS link :-

Reference to the work completed by Professor Heneghan at the Centre for Evidence Based Medicine, at Oxford University, shows the progression of the virus has resulted in marginal increases in the death rate, since the end the first wave, when compared to recorded respiratory deaths from flu infections over previous years – none of their work has been reported in the mainstream news by the BBC. It’s also worth noting that the current death rate from COVID being less than that of flu deaths in the 1990’s prior to introduction of flu vaccine in 2000.

The data presented in daily BBC bulletins captures the positive COVID test rates as a measure of the progression of the disease. Reference to CEBM’s data suggests that a more representative measure of virus transmission trends should be based upon the specimen test date i.e. recorded date of test, not the reported test date, to attain a better understanding of progression of the virus. This method of reporting takes better account of when the test was taken to manage fluctuation in reporting date.

Reporting the daily reported cases in the current manner is misrepresentative and alarmist, perpetrating an aire of panic in the population – The piece of work completed by CEBM demonstrates, through the use of the available data, that the predicted exponential growth of the infection, defined by the Chief Science Officer, is not being realised, for the ‘second wave’. The specimen recorded rates of infection show a slow increase in infection rates, In lieu of the current data of the reported positive test infection rates.

What has never been reported, is the poor accuracy of the PCR test employed by the government to test for COVID…..with the relatively low concentration of COVID in the population, the nature of the test results in a significant false positive rate, again skewing the actual trends of the disease. Together with the fact that the test can record strains of other coronavirus DNA, dead COVID cells, asymptomatic COVID etc.

The Oxford team have also highlighted the poor accuracy rate of the PCR test, which changed some aspects of the testing approach by government, but the not the fundamental flaws in the accuracy of the test – none of their work has been presented in the mainstream news by the BBC – refer to the CEBM website for details.

It’s apparent that hospital admissions are increasing, but again the information stated in bulletins does not represent the information published on the NHS website. BBC reports currently suggest around 500 hospital admissions in to the NHS but what isn’t being addressed is that there are approx 200 daily discharge of patients ie there is an approx circa 300 net increase. The news reports present the picture that the number of admissions are overwhelming hospitals with new admissions, when the net impact of hospital admissions is around 300, with around 5% patients being treated in the NHS being tested positive for COVID. See link below. Also In a normal winter cycle the NHS expect around a 1000 daily admissions for respiratory illness – Not widely reported but buried in a BBC web article.

The impact of the continued lockdown on the economy, impact on mental health, deaths from treatable and chronic diseases are being massively overlooked when compared to the impact of COVID on a relative small percentage of the population. Daily deaths from cancer and the lack of treatment of these, and chronic patients, whose treatment is not being addressed by the NHS, because of the continued focus on COVID, will far outstrip the deaths from COVID. Again, this impact is not being reported or addressed in a balanced way.

The BBC should be reporting all the facts and bringing balance to the debate. It’s apparent that the continued damaging lockdown approach by the UK Government, based on theIr version of the science, is focused on the worst case infection / death scenario. Comparison of the data from other countries, who we are told we are following closely, shows the impact to be less onerous than the current predicted patterns of the disease mortality predicted by the Government Scientists

Whilst I appreciate the impact of COVID on families across the country and the pain resulting from the losses, it’s important that the decisions made by our government, that are impacting the lives of millions of the population now and for years to come, should be based on a balanced view of the science, which from the attached research from CEBM shows this not to be the case.

The BBC have a duty to present all the facts and information, to promote debate, to challenge the science and subsequent decisions that will have a profound effect on the population, economy and health now, and in the future.