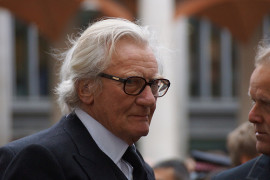 Kathy Gyngell: How would the BBC cope if it didn’t have Hezza to fuel Tory Europe splits?

The BBC’s approach to EU coverage is pretty much on the lines of a word association game.

That is how it was in 1999 when I started on a BBC/ EU coverage monitoring and transcribing project with David Keighley for Global Britain.  And that is how it still is today.

Yesterday, in fact, on Sunday morning, it was back to the future with Andrew Marr (about 20 minutes in to the programme for anyone who can be bothered to watch):

“When it comes to the great Conservative Party debate over Europe,” Marr assured us, “there is nobody who knows the territory better than Lord Heseltine.”

For those of you too young to have been wearied by the tedious and pompous pontifications of this particular peer on the BBC over the years, Lord Heseltine was Deputy Prime Minister under John Major in the 1990s. He retired from his seat and has not been active in politics since 2001. Not that that has diluted his incestuous relationship with the BBC.

They love him because he is an unreconstructed Europhile.

Despite the old boy looking a shadow of his former self, Mr Andrew Deference Marr did his best to big him up:

“He confronted Margaret Thatcher in the 1980s; he stood at John Major’s side in the 1990s and he’s continued vigorously to make the case for Britain to be at the heart of the EU.”

This latter point was, of course, being entirely thanks to the BBC for the permanent platform they’ve offered him for the last 14 years – not mentioned I might add.

Marr then encouraged the old dinosaur to witter on for 6 minutes until he produced the line he was looking for – for the end of programme news headline:

‘Lord Heseltine told this programme that David Cameron was right to tackle the issue of immigration (Is he tackling it? Ed) but he had a warning for the Conservatives: “It is very complex … he (Mr Cameron) is more likely to be successful if the people he’s negotiating with feel he has he backing of the party that he leads.”

The only conceivable reason for having him on – since he is not active in politics any more – is when he can be used to highlight ‘Tory splits’.

One thing those canny BBC news producers can rely on is that he will diss whatever the Eurosceptics are currently doing.

No surprise then that nothing that former Cabinet Minister Owen Paterson – who appeared later in the programme – could say was going to make the headlines – however strong his critique of Britain’s current relationship with the EU. Not even his revelation that Britain, still a great global trading nation, is now represented in world trade councils via the EU by a female former psychiatric nurse from Sweden – no doubt a great expert on trade – demonstrating just how much power over our own affairs we have ceded.

It gets worse. Not content with digging Lord H out of the woodwork the BBC ignored Kate Hoey’s incendiary article in the Mail on Sunday – incendiary for the Labour Party that is – on her Brexit advocacy and on her searing critique of the Labour leadership candidates’ failure to understand why the party lost votes to Ukip.

But then, according to the BBC, the Labour Party is never split on Europe. How convenient since that means it cannot be newsworthy that Kate has criticised Labour for being so pro-EU that its sceptical members aren’t taken seriously.

Yet Kate is one of about 20-30 Labour MPs who want to exit the EU, along with prominent Labour donor John Mills. Yet another prominent Labour eurosceptic the BBC chose to ignore is Kelvin Hopkins, MP for Luton and former Nalgo official, who was on the EU Scrutiny Committee.

The BBC rarely, if ever, talks to Labour Eurosceptics – in the past or currently. News-watch, who have conducted consistent monitoring of the BBC’s Today output for the last 15 years, told the EU Scrutiny Committee recently that across all the programmes they had surveyed only one in 1,400 speakers on EU affairs was a Labour withdrawalist.

Over the May general election, the only speaker on Today representing  a leftist/socialist  withdrawal position was one Ken Capstick from the Socialist Labour Party (the rump of Arthur Scargill’s operation). The exchange with him lasted an entire 15 seconds

Of course the 20-30 Labour ‘dissenters’ does not compare with the 100+ in the Conservative party, but this does not justify the BBC treating the Labour Party as if it is in complete unison when it is not.

Kate Hoey’s article was significant by any standards because it’s the first time she has gone so prominently on the front foot. Nor will you get any enlightenment on this from BBC website.  On Sunday, there was (of course) a story on Labour going strongly pro-EU on the referendum, but nothing about Kate Hoey.

This article first appeared on The Conservative Woman 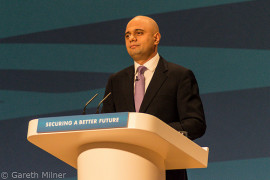 As we head into the final week of this phony, no-real-choice election, the culture secretary, has had a revelation about the BBC.

It seems it came as a bolt from the blue. A remark on the Today programme by Scottish so-called comedienne Rhona Campbell , that all Tories were ‘a cancer’, was responsible. He now sees that the Corporation is biased against his party, and says that’s not fair.

In consequence, culture secretary Sajid Javid is warning that the BBC’s impartiality will be reviewed as part of the Charter renewal process.

Pardon? His revelation is surely five years too late.

For all the years his party has been in power – and arguably for at least a decade before that – the BBC has had its own blatantly obvious agenda, and has put two fingers up towards public opinion on topics such as the EU, multiculturalism, immigration and climate change. The evidence can be seen in abundance here or here.

David Cameron could have tackled BBC reform at any point in the past five years had he summoned up the courage to do so, but he did not. He shook up the world of newspaper regulation – some would say in order to get Rupert Murdoch – so why not the BBC? The suspicion must be because, at heart, call-me-Dave does not demur much from their agenda.

The polls are showing that the prospect of a coalition government based on a shotgun wedding between Labour and SNP looks increasingly likely. The reality is that if this happens, the BBC that David Cameron has chosen not to reform has played a key role in facilitating it.

Without doubt, this has been a political campaign fought by the Corporation. A main agenda is that they want the licence fee to be renewed and increased.

And using the perverse guidance on ‘balance’ emanating from the Bridcut report, which, it is becoming increasingly clear, is actually a manual facilitating deliberate bias, the 8,000-strong newsroom has strained every sinew to ensure that both immigration and the EU, along with a whole range of other topics, have been treated only in the narrow left-wing confines that BBC editors deem are permissible.

What is the overall approach? There are too many facets of this to outline in one blog, but here are some highlights:

BBC manifesto point one is that the Corporation hates with a passion English nationalism, and denigrates with Pavlovian zeal anything that smacks of it. They treat the whole subject as if it is fascist and racist.

Nothing but this can explain the hugely negative treatment of Nigel Farage in interviews by Evan Davis and Mishal Husain highlighted on TCW. Underpinning this approach is the fanatical BBC espousal of multiculturalism, which puts the values and views of incomers to the UK above those of the English, and has at its heart the poison of moral relativity. Behind it also is the view that the United Kingdom in general and English who were in the driving seat was and still is an imperialist power – something that deserves condemnation at every opportunity.

BBC manifesto point two– in the same vein – is that they love Scottish, Welsh and, of course, Sinn Fein nationalism. That’s because by contrast to those who support English patriotism, the rag-tag of parties that advance these causes is deeply socialist and Marxist in their approach to almost every issue, from austerity to childcare and the family.

The blueprint for this approach was laid down in 2008 in this document – a response by BBC management to a Trustees’ report about coverage of the ‘nations and regions’ of the UK. What followed is the elevation of especially Scottish and Welsh interests above those of the United Kingdom as a whole. There is no doubt that Nicola Sturgeon is a competent media performer, but BBC editors have lionized her at every opportunity and – in contrast to Conservative or UKIP spokespeople – have given her a consistently easy ride.

BBC manifesto point three – which will be familiar to readers of The Conservative Woman – is a constant aim to discredit or cast as racists those who want tougher controls on immigration. Evan Davis’ tone throughout his interview of Nigel Farage epitomised this approach, as did Duncan Weldon’s outrageously biased introduction to Newsnight look at immigration. In the BBC’s post-Bridcut world the rights of immigrants take total precedence over the impact on communities.

So, without question, Javid’s late, late conversion to the existence of BBC bias is much too little, far too late. That horse has well and truly bolted. And, in any case, the chances are that his post-election complaints will be dealt with the same negative arrogance as this one, which was lodged by Craig Byers (editor of the Is the BBC Biased? website) about the Duncan Weldon Newsnight piece mentioned above. The complaints department took all of 15 minutes to issue its stock response: you are wrong, we are right – and get lost. Especially, if by then he’s a backbencher.