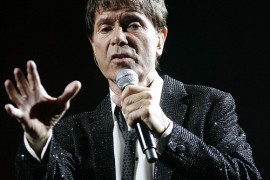 The BBC’s role in the searching of Cliff Richard’s home in connection with an alleged sexual crime is ‘a witch-hunt’, according to a veteran BBC broadcaster, and has also been strongly attacked as a ‘conspiracy to injure’ Mr Richard by one of the UK’s leading human rights lawyers.

The conduct of the search by the police – in apparently agreeing with the BBC that they could witness it – is also under fire. But it is the Corporation’s decision to film the search using a helicopter, and then to name Mr Richard, and also to quickly ban the playing of all his records on any part of the BBC output that has led to major questions being asked.

On ITV news, chat show host Michael Parkinson suggested that there was some kind of witch-hunt going on against Mr Richard, and that BBC had acted wrongly and too hastily by naming someone who had not been charged.

And in the Guardian, rights lawyer Geoffrey Robertson said the BBC had abused public trust. He said that the case called into question both the ethics of the BBC and the legality of the search warrant on Richard’s house, particularly if it had been granted by the courts after a deal had been struck between the BBC and the police.

“The BBC should have been covering the raid because this was important news but it can be criticised for suppressing the more important news that its coverage was a collaboration with the police. It is the police misbehaviour in orchestrating this public spectacle which deserves to be condemned and the BBC, by keeping their deal a secret, failed in its duty as a public interest broadcaster. By keeping this news a secret the BBC betrayed its public trust and involved itself in a conspiracy to injure Cliff Richard.

“The real question, which goes to the heart of our civil liberties, is how and why this warrant was issued in the first place. The police were under a legal duty to disclose the deal with the BBC to the magistrate – did they do so? How were they able to show a ‘reasonable belief’ that evidence of ‘substantial value’ was on the premises, in relation to an alleged assault 25 years ago? How did they convince a judge presiding they could not contact Mr Richard? There must be a real possibility that this warrant was not properly obtained.”

He added: “I think what the police are doing are trying to pin the blame on the BBC as a pre-emptive strike. How long did the hearing at Sheffield magistrates court take? Was there a careful examination of the application or was it rubber-stamped?”

Mr Robertson and Mr Parkinson both therefore allege the Corporation has not acted according to due process in criminal proceedings, and thereby has seriously damaged the reputation of Mr Richard.  Would they have acted so precipitately against someone who was not Christian and on their books?  Jonathan Ross or Russell Brand, say?