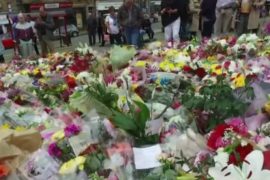 Guest post from Sue, of Is the BBC Biased?

“Many of our young women don’t feel safe on the street.”

Who said such a thing? Nigel Farage, projecting a post Remain, Cologne-like future? Nah. It was Jo Cox, in a video she made for her report about Islamophobia.Thankfully we don’t see many political assassinations in this country, so when one suddenly occurs the whole world is horrified.

It was truly shocking last week to see and hear reports of Jo Cox MP being stabbed and shot outside her constituency office in broad daylight, and later hearing reports that she had died.

To make matters even more poignant, she was a young mother and a relatively new MP, and she had made quite an impression in the short time since being elected.

Most people immediately wondered what others made of it and rushed to see what the media had to say. Perhaps because journalists and bloggers regard topicality as their primary duty, several of them duly dished up an instant response. You might say they were stunned into the opposite of silence.

This isn’t the first time people have made absolute idiots of themselves in similar circumstances; they should have known better, and I bet some of them wished they’d kept quiet, or waited till the dust had settled before making rash and reckless remarks  – at least until we figure out what’s going on, as Donald Trump might say.

Initially no-one was sure if Thomas Mair had really uttered ‘Britain First!” and anyone with the slightest sympathy with the Leave  campaign wished it were not so.  The ‘Leave’ campaign suffered an unquantifiable setback because of Mair’s apparent far-right associations, just as the Remain campaign would have suffered had the cry had not been “(Put) Britain First”, but “Allahu Ackbar”.

I don’t really think this murder had much to do with the referendum. Mair was probably a closet Nazi all along, but nice and polite with it; a good son and mentally disturbed to boot. Paranoid schizophrenia, someone suggested, a theory somewhat borne out by his odd behaviour in court. Asked to confirm his name he replied:”Death to traitors, freedom for Britain” a Breivik-like outburst that doesn’t sound much like a cold-blooded political statement from a ‘sound of mind’ Nazi – that is if cold-blooded Nazis can be sound of mind. We might get to find out more about that in due course.

I’ve spent hours looking online and following links, and I’ve come across some of the most virulent and abhorrent antisemitic bile on websites that contain white-supremacist Jew-hating comments. I wonder if they contravene the Incitement to Racial Hatred act.

One article looks at Jo Cox’s pet projects and spins them furiously in one particular direction and details some of her anti-Israel / pro-Palestinian activities; the comments below take things to a truly shocking level.

“honestly, anyone can keep my vote if you can get the jews out of white nations”

“If the above can be believed, the murder “…smells…” of something Jews would do.IMO, the BDS movement is another REAL fear that the Jewish Globalist King Pins have. I place their concern over the BDS movement on par with Holocaust Fraud Whistle-blowing or the rise of the “…Populist White…”.

Remember Anders Brevik? The Norwegian Labour Party youth he murdered also had Labour MPs parents…, the same Party…, and correct me if I am wrong, that actually started the BDS movement against the Criminal State of Israel.

It would be just like the Jews to kill a strong BDS supporter, then with moral outrage claim her murder was because of her Pro-EU stance and blame it on “…evil Nazis…”.

That website is one of many. (Don’t click on these links – they’re only there to illustrate a point.)

The extent to which the referendum campaign itself has turned rotten is illustrated by the rush to blame Nigel Farage and the Leave campaign for Jo Cox’s murder, echoing the tortuous rationalisation that came to the conclusion that Melanie Phillips was responsible for Anders Breivik’s deranged killing spree. Take that argument to its logical conclusion and you will stifle freedom of speech altogether, and from those currently drifting in that direction I can already sense an ominous ‘chilling effect’.

Today Norman Smith was asked by Sophie Raworth to reinterpret Nigel Farage’s defence of his stance on immigration and the infamous ‘migrants’ poster in particular, immediately after he had made it.


Norman wore a particularly furrowed brow as he systematically traduced Nigel Farage – throwing all pretence of impartiality out of the window.

It’s possible to reach a stage where bias is so entrenched that you are completely unable to hear views that don’t align with yours. Psychological deafness, and Norman has a bad case of it. Quite why we need Norman to ‘interpret’ Nigel’s statement is beyond me. It was clear, concise and uttered in the English language, like it or not.

There is a difference between posturing in a borderline incendiary manner and explicitly inciting violence and we must concede it can be a fine line. However, in this day and age, as far as I’m aware, Islam stands alone in the unequivocal prescription of death to transgressors.

When deranged Muslims pull a trigger or plunge a knife into some hapless infidel to the triumphant cry of Allahu Ackbar, it could inspire an unhinged individual like Mair to actually mirror that. Maybe his personality disorder drove him to hook a murderous, psychotic impulse to a far-right cause, much as Omar Mateen seems to have done with ISIS and his alleged repressed homosexuality. (Amateur psychology / free of charge.)

Jo Cox is said to have been an exceptional character, hardworking, sincere, energetic and charismatic. She wanted to make the world a better place.  The effect of her murder is wholly and completely negative and her family is suffering a tragic loss.

I disagree with her politics.

Jo Cox’s kind of activism rings alarm bells for me, as does her husband’s choice of the charity Hope Not Hate as one of three beneficiaries of donations pouring in to honour her memory.

She was a staunch supporter of the Palestinian cause, and wanted parliament to grant premature recognition of Palestine as a state. She was an advocate of BDS and she spoke in favour of councils and other non-political bodies being free to employ BDS as a policy should they wish to do so.

I can’t see how anyone who campaigns for BDS can genuinely pride themselves on bringing people together. It’s as disingenuous as Jeremy Corbyn’s excuse, when cornered, for applying the term ‘friends’ to Hamas and Hezbollah.

She had been a employee of Oxfam, another ostensibly altruistic charity that became politicised; lefty, actively anti-Israel and pro Palestinian.

“Jo Cox, a former head of policy at Oxfam, is Labour’s candidate in the 2015 general election in Batley and Spen as well as chairman of the Labour women’s network. […]

“Too often Oxfam put politics before their excellent charity work. No ones denies that we have been having difficult times, but for a charity to appear to put all the blame on the current Government is unacceptable.

“Moreover, Oxfam seem to have developed a leftist anti-Israel agenda, and I hope very much that those involved will think again, and Oxfam will once again become a charity that people respect.”

I kept trying to imagine how I’d feel if the murdered MP had been on ‘my’ side. What if some antisemite had stabbed and killed a pro-Israel MP?  But, in sharp contrast to the proliferation of MPs who are passionately sympathetic to Jo Cox’s favourite causes, I could hardly think of one. I suppose if that did happen I’d feel a personal sense of loss too.

Many people seem unruffled at the prospect of a limitless influx of refugees from Muslim countries, but I think we should be very concerned about the inevitable political pandering that would be bound to follow. More MPs beholden to the Muslim vote, more hatred of Jews, more demonisation of Israel and more isolation and alienation for British Jews.

One of the best pieces I’ve read is by Brendan O’Neil, which I swear I hadn’t read before writing the above, but which, if I flatter myself, chimes with mine even down to some of the terms used.

The most amusing thing I’ve read today is in the Times, and it concerns Jo Cox’s recent project on Islamophobia.  She’d had a meeting with “tell Mama” to find out what she could do to help combat Islamophobia, locally.

Since one of her stated objectives was ‘bringing people together,’ she might at least have listened to the worries of constituents whose misgivings over creeping Islamisation might be well-founded. She was elected to serve their needs too, surely.

Anyway, she said anti-Islam attitudes are so bad in her constituency that ”many of our young women don’t feel safe when they’re out in the street”.

I liked it so much I nicked it for my headline.

I’m sticking my neck out by making negative comments about someone who clearly had so many admirable qualities, but I don’t begrudge the tributes to Jo Cox that are pouring in from those who knew or admired her.

If me or my opinions were more important we might merit some specially dedicated, extremely anguished brow-furrowing from Norman Smith, and a few innuendos about racism, bigotry and Islamophobia thrown in for good measure.