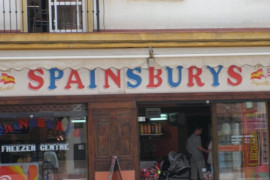 EX-PAT BIAS  BBC2’s Newsnight examined last night opinion about Brexit among ex-pats in the Costa Del Sol.  Reporter Sekunder Kermani had drawn the short straw of being sent to sunny Malaga…and he made it clear that most Brits there were deeply worried about exit. He assembled from his contributors and his own comments a long list of reasons: pensions being hit, ex-pats becoming illegal immigrants overnight and being forcefully sent home to a Britain with room for them, the withdrawal of free health cover, the imposition of border controls, supplies of Yorkshire tea and corned beef being withdrawn from local shops and rising taxes.  He found only one ex-pat who wanted to vote for exit. True to BBC form, his contribution was edited to project him as a little Englander whose main reason for wanting Brexit was that he was worried that Tunbridge Wells was being swamped by Eastern Europeans. His choice of camera shots throughout the feature was totally patronising and clichéd: designed only to show how downmarket and narrow the English abroad are, and thus to exaggerate the ‘little Englander’ narrowness of our approach to ‘Europe’.  Of course, under BBC rules, daily current affairs programmes are not required to be balanced in each edition; features broadcast on other days can be taken into account in a running tally. News-watch will await them with interest. But meanwhile, the signs are not good – our analysis of World Tonight showed clear bias in similar ex-pat features, especially one contrasting opinions in Freiburg, Germany, and Guildford.

PERFIDIOUS ALBION: Radio 4’s Inglorious Isolation segment continued today after World at One with a contribution from French journalist Catherine Guilyardi. It was sharply intelligent analysis of the genesis of some of the key differences in attitudes towards national identity between the United Kingdom and France. Her main point was that Britain had remained stubbornly ‘isolationist’  towards the concept of European unity whereas France had seen the need to understand that ‘Europe’ as a concept had soul and was prepared to work towards that end. Her analysis ranged through the English Civil War and the French Revolution, to the Sun’s ‘Up Yours, Delors’ headline, and a focus of her argument was that the British pursuit of self-interest through diplomacy – especially after the Second World War – annoyed the ‘straightforward’ French, who in consequence saw Britain as ‘perfidious Albion’.  There are still three more editions of this series to go, but it seems from the first two that the over-riding aim is to portray the UK as isolationist, selfish – and rejecting of the sunny uplands of EU integration.  The question mark looming increasingly in a series being broadcast during the build up to the EU referendum is, ‘where’s the balance?’. 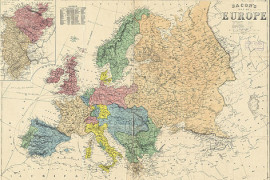 INGLORIOUS ISOLATION: All this week, Radio 4 is carrying after World at One a series called Inglorious Isolation: A European’s History of Britain. In each 15-minute programme, a prominent ‘European’ is giving a view about the impact of the UK on his or her own culture. First off the block today is Italian architect Francesco da Mosta – and it’s already available on iplayer. He’s a charming and entertaining raconteur…but the problem here, as he spoke about the origins of British stoicism in Roman philosophy, and the influence of the Grand Tour, leapt out. The over-riding aim of the series is to show that Brits are ‘European’ and have been deeply influenced by European values. Yes, of course, we have to an extent – but in the context of the impending referendum, this is bias. ‘Remainers’ push with every sinew to tell us that we are ‘European’ and that to leave is turning our back on both geography and our heritage. Brexit supporters say we are not turning our back to ‘Europe’ at all – simply the EU.  The programme construct thus inevitably favours the remain’ side. News-watch will analyse the series of a whole and assess the extent to which this concern is borne out.

CLIMATE CHANGE BUBBLE: As the referendum campaign unfolds, a major issue has been how the BBC has been reporting the EU’s strident, ideological approach to green and related energy issues.  This was exemplified in an edition of Radio 4’s  Costing the Earth analysed here. The supportive approach by the BBC to climate change alarmism is part of this tapestry of concern and is clearly a biased approach. Today, for example, the BBC is reporting uncritically that ‘according to models’ Antarctica is going to melt, causing eco disasters on an unprecedented and unimaginable scale.  Scientists who disagree, such as those here, are seldom ever reported on the BBC under their crazy rules of ‘due impartiality’. That means that in one important respect, the pro-EU environmental/green agenda narrative is broadcast unchecked.

BBC SOROS LINK: The BBC is going overboard today on the story that damning files about offshore funds have been leaked from a Panama source.  It’s the subject of a BBC1 Panorama programme this evening, is the lead story on the BBC website, and filled the ‘front page’ 7.10am and 8.10am slots on the Today programme. A huge issue of concern here is how they BBC came to have the story in the first place.  It was unearthed by the International Consortium of Investigative Journalists (ICIJ). The Corporation, it transpires is closely associated with the group to the extent that it is named as a ‘partner organisation’. Clearly, with the Panama files it was an early recipient of the data – Corporation staff  had been working on the Panorama programme for some time before the files were made more generally available. An issue here is how the BBC can justify such a relationship, because despite its high-flown title, the ICIJ has a deeply biased agenda which, for example, pushes climate change alarmism. Further, it is funded partly by George Soros, who is strongly pro-EU, along with a raft of left-leaning foundations whose agendas are politically partisan.

Photo by Norman B. Leventhal Map Center at the BPL 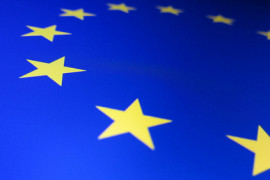 MARR BIAS? Today’s edition of the Andrew Marr Show on BBC1 leaned firmly towards the ‘remain’ side. Three guests – former BBC economics editor Stephanie Flanders, business secretary Sajid David and actor Jeremy Irons – all were given the opportunity to declare they favoured ‘remain’ and advanced without challenge from Marr their detailed reasons for doing so. Alison Pearson was the only Brexit supporter. Andrew Marr suggested she was in ‘hot water’ over her suggestion that the UK should leave.

SEESAW PROBLEMS? Now being trailed is Nick Robinson’s two-part show about the history of the UK’s relationship with the EU: Europe: Them or Us: an island apart, due to be shown on BBC2 from April 12.  Alarm bells are already ringing.  First, it is produced by John Bridcut, who was also responsible for the report on BBC impartiality commissioned in 2007 by the BBC Trustees. With the bizarre title From Seesaw to Wagon  Wheel, this set in stone the idea of ‘due impartiality’ which means that the Corporation can interpret impartiality any way they want, and overwhelmingly in its favour. Second the programme blurb shows a clear imbalance in the list of named speakers against the ‘eurosceptic’ side because the only definite ‘outers’ are Tony Benn, Nigel Farage and Iain Duncan Smith. The fear here is that the BBC has never explored properly the arguments for ‘out’ – this looks like more of the same.  A third issue is the title. Most ‘outers’ don’t dispute they are Europeans – their beef is being in the EU. Using the ‘EU’ and ‘Europe’ loosely in the political context creates further bias against the ‘out’ camp, as Brendan O’Neill eloquently pointed out on Spiked! in this blog. Robinson’s programme title itself is therefore biased.  The proof of the pudding in terms of the quality of the series will be in the eating, of course – but these preliminary signs do not look good.

IRISH TROUBLES? The BBC website here gives strong prominence to a report from the Davy Group, an Irish wealth management company known to strongly favour the EU – but that’s not spelled out in the report. Davy speculate that in the event of UK exit from the EU, the border between The Republic and Northern Ireland will become a major problem and inconvenience because the UK will not be able to negotiate a deal which allows the continuation of the current open arrangements for considerable time, if at all. The spectre of strenuous customs checks is clearly raised. The BBC website has carried earlier stories with DUP politicians stating that Northern Ireland has nothing to fear from exit – along with pro-EU ones based on negative claims from Enda Kelly, the Irish Prime Minister – but the issue here is that the importance and credibility of the Davy report is especially emphasised.   Similar selectivity can be seenin this report on the BBC website by Justin Rowlatt about the Indian Prime Minister’s visit to Brussels. He mentions that some Indian businesses favour exit – but puts by far the most weight on ‘remain’ opinion. 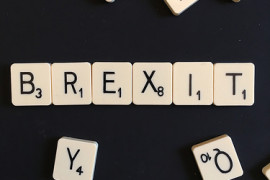 This new service will track on a regular basis programme items that seem to be biased towards the pro-EU side. The observations are not the result of detailed analysis. Rather, they are pointers based on News-watch’s experience in tracking the BBC over many years, and on past BBC performance.

If you spot BBC bias, do let us know.  You can register instances at www.bbccomplaints.com