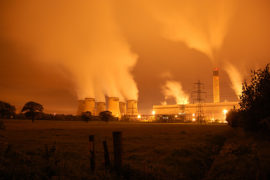 Nick Booth: The BBC is a candidate for a bonfire of the insanities

Broadcasting trade papers are reporting that the BBC has brought in mandatory carbon footprint rules. All independent programme makers will now have to log the carbon footprint of their output, using a calculation tool pioneered during the production of Eastenders by BBC Studios.

So, if you’re an independent programme maker for the BBC, you have to square things with Albert.

One independent producer in the report complains about “yet more paperwork”, which will eat into the budget of companies that pay their staff peanuts.

However, she should rest assured that there will always be loopholes and exemptions. In contrast to the runners, the management of production companies are always obscenely well rewarded. The broadcasting industry, which has a polarised class system that’s the envy of the Third World, will continue to be full of rich white people who claim to be socialists.

Sustainability is an equally moveable moral feast. As with many directives some of the variables, listed here, are open to interpretation. ‘Source locally’, for example, could be interpreted to mean ‘only recruit your friends’.

Examine the explanation given by BBC sustainability manager Richard Smith, the father of Albert. Just as sustainability has three pillars, so is there a divine trinity of objectives in this exercise he says. That is, to understand the carbon impact of TV, raise awareness and engage people.

The key one is ‘engaging people’.

We all know the BBC is a people business. Which is another way of saying the right people. Only a select few good left-wing people are hired by our national broadcaster. It’s a closed society – the Poser Nostra – where recruits are only inducted if they are the type of person you’d like to go on a pussy hat march with or have at your dinner party.

However, since you cannot openly discriminate these days – good grief, has the weapon of political correctness fallen into the wrong hands? A subtler system is needed.

How? There’s a clue in the name. Albert. As in Albert Square, the fictional home of EastEnders. What did real Cockneys do to exclude outsiders? They devised their own language, rhyming slang. Just as diversity officers are really about division, so is there a hidden language agenda behind sustainability. It’s not about saving the planet. Much of the advice given is contradictory. One minute we’re all being instructed not to burn fossil fuels – and who could argue with that one? – but then we are told there are exceptions. Wood burning is good, for special secret reasons. So is diesel, despite the fact that it damages more children than a packet of Gary Lineker’s favourite crispy carcinogens.

These rulings don’t make any sense.

Common sense, surely, would tell you not to waste public money. An example given on the Albert website tells how the makers of Casualty saved £30,000 off the electricity bill. Which begs the question: what on earth were they doing before? It turns out they saved that money simply by not using needlessly powerful lights to burn public money. Imagine that! Whatever will they think of next? Not splurging on taxis? Not decamping to Brazil for a five second soundbite when that ‘expert’ could be interviews on Skype? If producers need to be told that, there’s something seriously wrong.

Still, will this new discipline lead to greater creativity and quality of output?

Could we expect an original storyline, perhaps, which dares to stray from politically correct orthodoxy and holds up a mirror to society as it really is? No, that would be too exhausting and energy intensive. It probably goes against other social engineering and activist policies. Better to recycle old prejudices from the usual ‘locally sourced’ members of the Condescentii.

I suspect we all love the BBC and want it preserved. We all remember what it was like and the Reithian values it once represented. These days, it’s about common purpose cliques who use their power to speak over the truth. I can see why people don’t think it’s sustainable and would gladly burn it down. But surely, we don’t want a bonfire of the insanities. Sorry, I slipped into sustainability slang there.

The 66-page employment tribunal ruling on the illegal sacking by the BBC executive board of is former chief technology officer John Linwood is an astonishing read.

It makes forensically clear that due process was completely disregarded and Linwood was disgracefully and ridiculously made a scapegoat for systemic, multiple management failures within the upper echelons of BBC management.  That a Corporation funded by £3.5bn of public money, and run by senior executives almost all on salaries in excess of £250,000 a year, could act with such serial incompetence defies belief.

What’s equally clear is the James Purnell, the former Labour minister appointed by director general Tony Hall as his strategy director shortly before the sacking, played a pivotal role in the botched execution. It has Nu Labour-style fingerprints all over it.

The sacking decision was taken at a meeting of the executive board in May 13 2013 shortly after Tony Hall took over as director general.  What actually happened will never be known, because, incredibly, it was not properly minuted. Those present gave the employment tribunal sharply different accounts.

But it seems that the blue touch paper towards the firing was lit by Purnell on April 24 when he wrote to Linwood and other senior managers  that Tony Hall wanted to make a speech in June or July in which ‘he could clear out any problems’ he had inherited. He added: “This wasn’t specifically about technology but if there any technology problems that we are worried about, this would be a good opportunity to abandon and move on”.

Weasel words: what he must surely have known was that was the death warrant for DMI; the employment tribunal records show that what he set in train was panic reaction from all those responsible for the project, culminating in the removal of  Linwood.

It’s surely inconceivable that Purnell wrote the note without the full authority of Tony Hall.

Purnell’s name enters the frame again on May 19 after the deed had been done. He wrote another email saying he needed ‘a clear line on Linwood, whether he was resigning, or being fired and why’.

Actually, it was a a prime reason that the Corporation’s attempt to blame Linwood for his own demise failed, because it showed graphically that Purnell and others at the meeting on May 13 were not following  due process.

But in other words, writ large – the cardinal approach of Nu Labour: never mind the substance, concentrate on the spin.

And the final piece of evidence about Purnell’s role is that, according to Linwood, John Tate, Purnell’s deputy, admitted privately to Linwood on June 3 that ‘of course it was a stitch up’. There is only Linwood’s word for that, but who could now doubt the veracity? 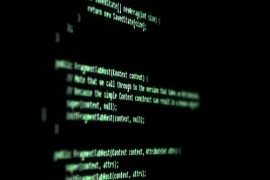 The botched sacking by the BBC of its chief technology officer John Linwood last week raises very serious questions about the integrity of the Corporation and its decision-making processes.

News-watch has repeatedly highlighted  problems with the BBC’s  editorial integrity and how biased its coverage is in certain crucial respects. The removal of Linwood raises major questions about the whole management ethos. The full, sorry saga, is here. It could become a textbook on how not to manage.

An employment tribunal in this unpleasant episode ruled that Linwood – who was in charge of the BBC’s failed £125m Digital Media Initiative (DMI) – was subjected to a campaign of vilification, given only days to prepare his case,  and treated with ‘cavalier disregard” by the senior management who fired him.

There isn’t the space here to detail in full the bad practice involved; suffice it to say that there is absolutely no doubt from the 66-page ruling that the BBC acted disgracefully. Reports can be found here, here and here.

Let’s not mince words – this was a kangaroo court. Once it was decided in May 2013 that he was to blame for the DMI fiasco, Linwood, paid £280,000 a year, was bad-mouthed from the rooftops by his former colleagues, cut loose and hung out to dry.

And let’s also be clear. This was not a hole-in-the-corner exercise. Linwood’s execution was carried out in the full light of day by the Corporation’s most senior management body, the BBC executive board, responsible to the Trustees for every aspect of BBC operations.

It’s also the case that the man who directed proceedings that day – unlike his hapless predecessor, George Entwhistle, who ignominiously resigned over the handling of the Jimmy Savile affair – hasn’t left the corporation, isn’t in disgrace and is still in full charge. It’s the current director general, Tony Hall, Lord Hall of Birkenhead.

And with him at the board meeting when he made the decisions were a raft of his most senior BBC staff  who are still there: Danny Cohen the director television, Helen Boaden, director radio, Fran Unsworth, deputy director of news (on the day, she was acting head because Helen Boaden had been removed from the post) , and Tony Purnell, the former Labour minister drafted in by Lord Hall to be his director of strategy.

It seems likely, too, that the board was acting with the full blessing of the BBC Trustees and maybe at their behest, because by this stage the DMI was an increasingly high-profile embarrassment that was haemorrhaging cash.

DMI had been conceived in 2008-9 to create a ‘seamless’ BBC archive operation, but quickly ran into problems. In 2011, the National Audit Office was hired by the Trustees to investigate. Their report sounded serious warning bells about how the project was being managed, and also pointed out that a scheme that was designed to save the corporation money was already costing millions.

Lord Hall took over as director general in the spring of 2013 and the DMI bombshell well and truly exploded in his face – during Margaret Thatcher’s funeral coverage, it emerged that DMI was actually, in effect  blocking access to existing archives so that thousands were being spent on ferrying tapes around London .

It also emerged that all in, DMI was likely to cost the Corporation £125m.  Linwood was the man chosen to carry the can and that was why he was immediately hung out to dry. At the same meeting, the whole project was cancelled and Hall and his board admitted that it would cost the licence-fee payers almost £100m.

This was mismanagement on a colossal scale, as subsequent inquiries by the Commons public accounts committee found.  They branded the whole scheme a ‘complete failure’, and they pointed out this was not the fault of one man, but a collective responsibility.

So what does this whole sorry saga reveal about the BBC as it enters the negotiations for the renewal of the licence fee?

This was reckless disregard for due process, and  as the Employment Tribunal makes clear, glaring incompetence – despite all the millions of our money the BBC  spends on management ‘know how’, training and salaries.

More worrying, Lord Hall’s BBC seems to intend to carry on undaunted. The BBC’s formal response to the tribunal was reported on the BBC website as follows:

In a statement, the BBC said the failure of the project had been “a very difficult set of circumstances” and expressed disappointment over the tribunal’s decision.

“We had a major failure of a significant project, and we had lost confidence – as the tribunal acknowledges – in John Linwood.

“At the time we believed we acted appropriately,” the corporation continued. “The tribunal has taken a different view.