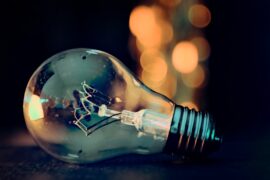 BBC Ideas: an extravaganza of bias

News-watch has completed its biggest-ever survey into BBC output. It is utterly damning. The focus is BBC Ideas, a group of 600 or so short factual videos for ‘curious minds’ aimed at 18-45 year olds. The project – launched in 2018 –  is the brainchild of former Labour culture minister James Purnell during his tenure in charge of BBC radio and education.

His bequest to licence fee payers can be best described as a bewildering cacophony. In my desk, I have a Christmas stocking-filler present, a book  called 1,339 Facts To Make Your Jaw Drop. BBC Ideas seems to be the video version.

Having problems going to the lavatory? Don’t worry, BBC Ideas has an answer to smooth your passage.

Are you a woman with a beard, facing a barrage of nasty discrimination? Ditto.

Or, is it that you are a transgender person, trying to make sense of your sexual identity? BBC Ideas tries especially hard to help here, by suggesting that the solution is to refer to the principles of quantum mechanics . I  kid you not.

This is the BBC, and – as can already be gathered from the above  – the catalogue is not value-free. Around 250 titles can be regarded loosely as ‘neutral’. They tackle subjects such as tips for winning at Scrabble or sleeping better. That said, why the BBC wants to waste millions on covering such topics, which are already covered in abundance on You Tube or Ted Talks, could be the subject of a whole separate blog.

The remaining 350 videos, though, are clearly political or contain political points  Balanced? All but two dozen have a blatant liberal-left or ‘woke’ agenda.

The major themes in this extravaganza of bias are climate change, feminism and gender, and discrimination against minorities of all kinds. The BBC Ideas catalogue can be regarded as a scatter-gun manifesto for the grievance culture. On route, it trashes British culture, history and achievements on a truly epic scale.

it seems that the editors and producers have left no stone unturned in their quest to validate and propagate their values. The survey itself must be read to appreciate fully the extent of the woke propaganda – there is a summary and analysis of all the political content – but what follows gives a brief flavour.  The introduction to the report summarises:

‘Put bluntly, BBC Ideas casts its host nation as a continuing menace to the rest of the world and rotten to the core. As for the future, the main hopes are the abandonment of capitalism and a revolution, in line with post-modern critical theory and the most extreme demands of the Green lobby. The catalogue reveals, in sharp relief, that the Corporation is acting as a political campaigner, rather than a public service broadcaster bringing to audience attention a broad array of views and perspectives.’

On climate change, the videos project that unless there is the urgent action to end capitalism,  the use of fossil fuels, travelling by air, and all animal farming, Planet Earth is doomed. In their frantic desire to project this catastrophism, the producers see nothing wrong in using clearly terrified children in the videos, thus breaking child performance codes.  Around 50 titles feature environmental or climate change alarmism – with not a whisper of dissent.

On feminism and gender, the goal is to advocate that differences between men and women are a social construct, and that women – especially those who are not white – are heavily and unpleasantly  discriminated against in all areas of British life, with uncontested claims that such favouritism towards men is costing the economy billions of pounds annually (by  – who else? – Cherie Blair). The desire to sniff out evidence of the war against women also involved much sifting of history to unearth as many females as possible whose achievements had been allegedly disregarded. In BBC Ideas, there is no doubt who the real heroines of history are, and they include Simone de Beauvoir and the Greek poet Sappho.

In the discrimination against minorities category, a main thread is  an unchallenged acceptance of what boils down to the Black Lives Matter agenda. Contributors tell us that the colonisation of America was genocide on an immense scale, probably bigger than that of the Holocaust. In this playbook, the Mercator atlas projection is an expression of white privilege; Muslim terrorism only exists because of economic deprivation; and those who do not support mass immigration are fascists. BBC Ideas editors have also bust a gut to illustrate how badly those who are physically or mentally disadvantaged are treated.

Do the titles which contain what the report classes as ‘conservative’ content, go any way to balancing this deluge of bias? Jordan Peterson and his 12 rules for living are there; and so is a spokesperson from the Theos think-tank arguing  cogently that religion is still important. Another brave soul maintains that ‘populism’ is much maligned and is a valid and important expression  of democracy. But these are small drops in an ocean of BBC prejudice.

News-watch has submitted complaints to Ofcom and the BBC about BBC Ideas, and the letters can be read here. But almost certainly, both bodies will find an excuse to reject them. BBC director general Tim Davie claims that his main priority is to ensure Charter obligations of impartiality are met. The evidence of this report is that he has an Herculean task, and that he is blind to the massive scale of the problem.  Depressingly,  there are no surprises in the report; it is confirmation of the scale of bias which has taken over all aspects of BBC output. The issue is why those charged by Parliament to oversee the Corporation, and the government itself are prepared to  do nothing about it.